How do you offer customer service that truly builds loyalty when you are a company operating in 40 countries? 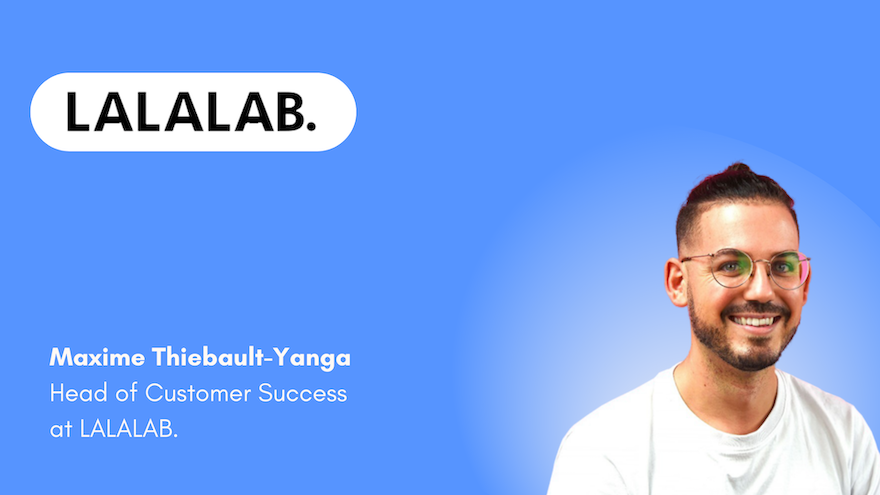 vais retieHow do you offer customer service that truly builds loyalty when you are a company operating in 40 countries?

Maxime tells us how Lalalab has set up a system where customer service is at the heart of all activities: marketing, tech, and logistics, and where each project is carefully prepared and thought out.

Let's dive into the tools, projects, and the internal organisation of the company that printed 58 million souvenirs in 2020.

Thanks to Lalalab, you can quickly print all the pictures taken by your smartphone.

By offering a unique user experience based on simplicity and speed, LALALAB has become Europe's most downloaded and highest-rated photo printing app.

Simple and intuitive, the app has nearly 20,000 ratings 5 ★★★★★ (Apple Store & Google Play), and has sent millions of photos and gifts around the world.

Maxime first discovered customer service in Argentina, and didn’t like it very much. But instead of giving up on customer care, he realised the enormous possibilities it offered. So he persisted. He went on to work at Back Market and Monsieur Marguerite, and 7 years later, Maxime is Head of Customer Success at Lalalab, the souvenir printing application.

Telling us about a typical week at Lalalab, Maxime unveils a structure where support really is the voice of the customer. The first two days are entirely devoted to analysis of the previous week, through reports and individual meetings, and to decide the next week's projects: structuring feedback for the tech and marketing teams, pushing suggestions for new products, working on R&D, and improving the experience of support agents.

This organization is particularly necessary when you realise that Lalalab's support has to adapt to the company's presence in over 40 countries. To handle this huge consumer base, Lalalab has managed to offer support in five different languages and to structure its teams in several countries to provide 24/7 support coverage. The company has so far favoured asynchronous channels: email, as well as social networks, absolutely necessary for such a visual company.

In terms of KPIs, a lot of research takes place every week; however, the most important measures remain, for Maxime:

First Time Response; according to Maxime, Lalalab offers above all a product with a high emotional value, which often generates an intensity of satisfaction and dissatisfaction. For this reason, it is absolutely necessary for him to ensure that the FTR is as short as possible, and is now below 10 hours on average (with a 24/7 coverage, FTR and other time-related KPIS are measured in calendar hours instead of business hours, which usually is the norm).

CSAT allows Maxime to ensure that the quality and response time remain comfortable for his customers;

The Cost Per Ticket, which, despite the importance of customer service at Lalalab, remains a key factor;

And finally, The Contact Rate, which allows the company to quickly identify new frictions that users might experience, and which is monitored in real-time so that Lalalab’s CC team can quickly resolve any problems that might destabilise its customers: bugs, delivery problems, or description problems.

In anticipation of the end of year celebrations, Maxime and his team have been working on a major project: the transparency of delivery information. The company depends on many partners for its production and delivery, and therefore wanted to centralise as much information as possible in order to be able to forecast delivery dates as accurately as possible, despite the fact that the products have many different sizes and delivery methods.

In the coming months, Maxime will be working on creating a synchronous chat for all the countries. A project that will require the creation of a time slot during which all of Lalalab’s Customer care teams, independently of their country,  will have to synchronise in order to be able to respond in real-time in more than five languages.

These cookies collect data to remember choices users make to improve and give a better user experience. Disabling can cause some parts of the site to not work properly.

These cookies help us to understand how visitors interact with our website, help us measure and analyze traffic to improve our service.